Legend has it that the Tuscan Archipelago originated from a jewel that came from the neck of Venus, goddess of beauty and love, who fell into the waters of the Tyrrhenian Sea.
A part of truth is hidden in this gentle myth, because there is no doubt that the islands of the Archipelago are just as many fragments of paradise.

On the other hand, few other tourist resorts in the world can boast an equally rich and varied offer in the space of a few kilometers: from the seabed, a true paradise for divers, to the mountains surrounded by centuries-old woods, beaches and coves framed by maquis Mediterranean to the small hilltop villages immersed in timeless tranquility.

Every visitor can find his own dimension of the holiday, practicing his favorite sport, indulging in the ritual of tanning or going to discover what the Tuscan Archipelago can offer in terms of history, culture and gastronomy. 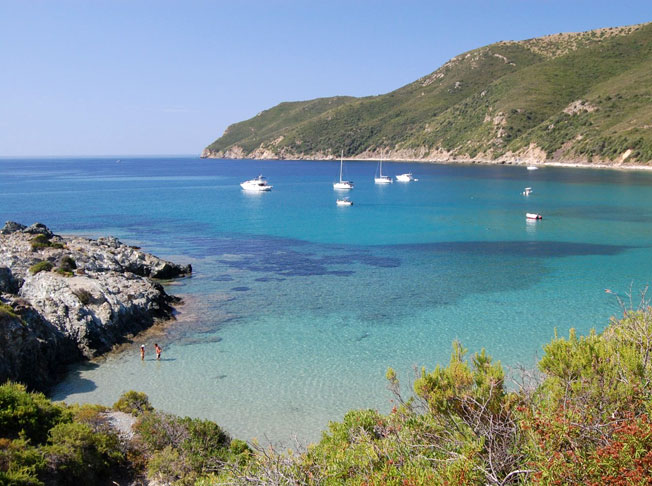 The climate is particularly mild with an annual temperature between 15 and 16 degrees; the seasonal averages are 10 degrees in winter, 14 degrees in spring, 23 degrees in summer and 17 degrees in autumn. The monthly sea temperatures are: April 19 degrees, May 20 degrees, June 24 degrees, July 26 degrees, August 27 degrees, September 25 degrees and October 23 degrees.

Due to the variety of its coasts (which are 147 km long), the amenity of the beaches, the majestic beauty of the Monte Capanne group (1019 m), it has rightly become one of the world-famous tourist attraction centers.

The main road network (about 160 km) is completely paved. There are other scenic macadam roads for about 80 Km.

Inhabited already in prehistoric times and known for its iron mines at the dawn of the Historical Era, Elba, called by the Ligurians "Ilva", by the Greeks "Aethalia", first Ligurian, then Greek, then Etruscan, remained for centuries Roman . In the Middle Ages the Pisans held it, then the Appiani and the Medici. From time to time it interested the European powers that left numerous traces of their dominion. 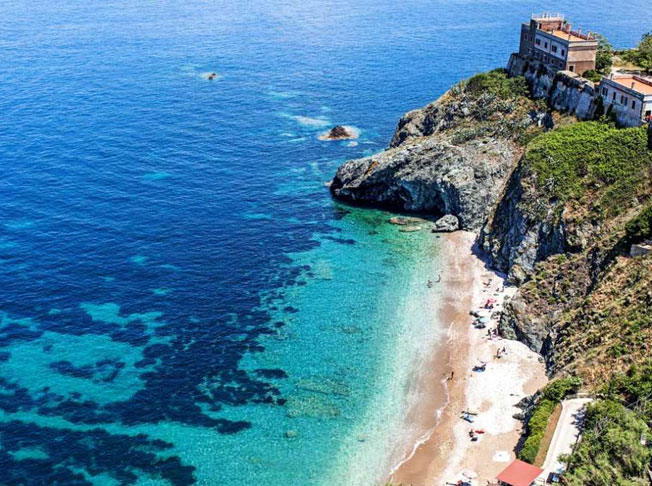 Indelible signs impressed the Medici in Portoferraio (in honor of Cosimo dei Medici the city was called Cosmopoli) and the Spaniards, who built the fortress of S. Giacomo and Forte Focardo in Porto Azzurro.

The brief reign of Napoleon (1814-1815, 9 months and 23 days) left significant memories in the Palazzina dei Mulini, in the villa of S. Martino, in the ancient churches of Portoferraio, in Marciana Alta (Madonna del Monte) and in other places.

The famous wines and the excellent cuisine, combined with the uncontaminated sea, the mild climate and the transparency of the air, make Elba a place of care, stay and ideal tourism in all seasons. 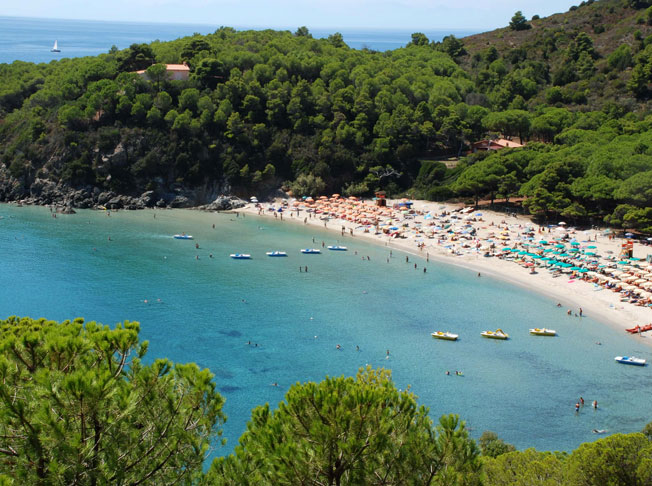 We are in Marciana Marina a few steps from the sea

The hotel is the ideal destination for those who love spending the day at the beach and prefer a simple but decent accommodation, focusing on an economic solution.

There is also a three-room apartment located in a quiet area 350 meters from the sea.

The Anselmi Hotel is located right in the center of Marciana Marina, an ancient fishing village, just 150 meters from the seafront and its beaches. It is managed directly by the owners Paola and Gianni who will make you feel at home.

Conventioned ferries with a minimum discount of 20% on the ticket purchase. It is valid only for direct bookings.